Few days ago I faced an issue with using Java InputStream in parallel. Imagine following situation: you have InputStream, which you need to use in parallel. First thing - you can’t use it in parallel, because InputStream keeps some pointer, which store information about where stream position is. More realistic scenario is to make first call asynchronous, and leave second as it is. But again, if we are working with streams, after we read it fully, there shouldn’t be anything to read again, right ? So, this article is about problem of parallel read and how to fix them. Watch this example to understand why parallel stream read is a bad idea

The output will be similar to:

As we see, some of the numbers are in the first line, and some of - in the second.

org.ivanursul.ghost.Main thread could be executed first

The result is even funnier:

Because main thread read everything first, there was nothing to read for t1 thread.

The idea is quite simple https://en.wikipedia.org/wiki/Tee_(command) 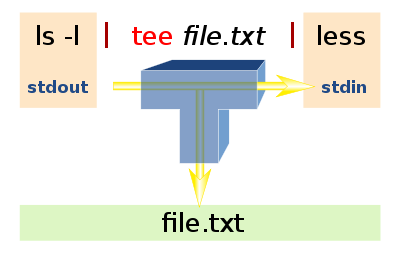 You read from InputStream, but in parallel, you write to another source.

So in our case, we read from InputStream, but write to ByteArrayOutputStream, which will later be used to get bytes from it. In java, we have TeeInputStream, class, which is doing exactly the same thing as Linux tee command does. You should use Apache Commons IO