It’s not a rare examples, when people need to deploy their applications somewhere in the cloud, without having mature infrastructure, and just for testing purpose. Let’s say, you’re writing a backend part for mobile application, and your android developer needs to have backend right and now. Your actions ? Of course, create EC2/Droplet instance, scp all binaries, connect via ssh, run them. You can even write some bash script, which will do all the work. And what should you do, if some day you will decide to go live ? The same thing, you will order some instances in your favorite cloud, configure load balancer, add 1-5 instances and start running your application. But how to scale ? What, if you will decide to add couple servers, and balance them ? By the time you will need to do that, you will be the author of many scripts, which potentially have bugs. You should have something better in your arsenal. I spend couple of weeks to find an instrument, which will fit my needs, and want to share it here, in my blog. It’s not claims to be the best solution, I’m sure, there’s plenty of them, but by following series I’ll explain what I’ve achieved.

Whom this article is for ?

This is for software engineers, who wants to improve their devops processes. I don’t expect, that true devops will find something useful here, because they should already have a good bundle of instruments.

You will use three projects:

We will use Terraform to create instances in the cloud. I will use digitalocean.com, it’s less mature cloud provider, than amazon.com, but I love it, and want to deploy my apps there. Feel free to try EC2 for yourself.

Here’re the steps you need to do before creating cloud instances: 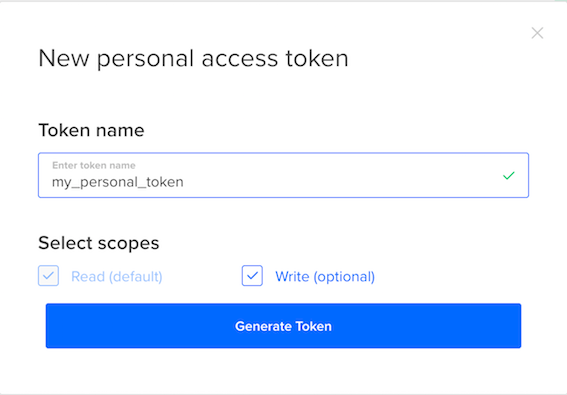 Now, as you did all the required steps, you can start configuring your bootstrap script. Enter your folder, and create another folder, called dev. Why dev ? Actually, you should be ready to have different environments: one for dev, another for staging, and, finally, prod. Furthermore, according to ansible best practices, my suggestion is one of the options, that ansible recommends. Ok then, enter dev folder and create a file called variables.tf

Later on, you can remove default values, and pass everything from command line, but for now, let’s keep it simple, to avoid any pitfalls.

Now, here’s the final step in configuring terraform - specifying what machines do you want. Lets name it as main.tf:

You should have following folder structure:

Then, enter dev folder, and run

This command will plan how many instances should be created, and will output it. I will show some tricks later about your instances modification. You should get similar output:

If you’re okay with this configuration, you can start creating instances.

Now it’s ready! You can check your digitalocean instances page and make sure there’s some instances with app-rest-api name.

You should notice another file in your dev folder, terraform.tfstate:

This file contains all the necessary information about your instances. Feel free to cat terraform.tfstate it, and see what it contains.

Now, change your instance from 1gb to 2gb:

You see it ? We increased RAM of our machine, and terraform found out, that we need to change this machine.

Run terraform apply again and make sure your digitalocean droplet is resized.

This is the first chapter, which explains how to work with terraform. In the next part I will show how to set dns records for your instances